Half of employers are sticking to previously-made decisions on wage reviews and giving staff pay rises, a new study suggests.

Incomes Data Research said its findings indicated that one in two firms which had already made a decision on their 2020 pay award will honour the agreed increases for workers, despite the impact of the coronavirus lockdown.

One in four are deferring annual pay awards until later in the year, while over a fifth have frozen pay for 2020. 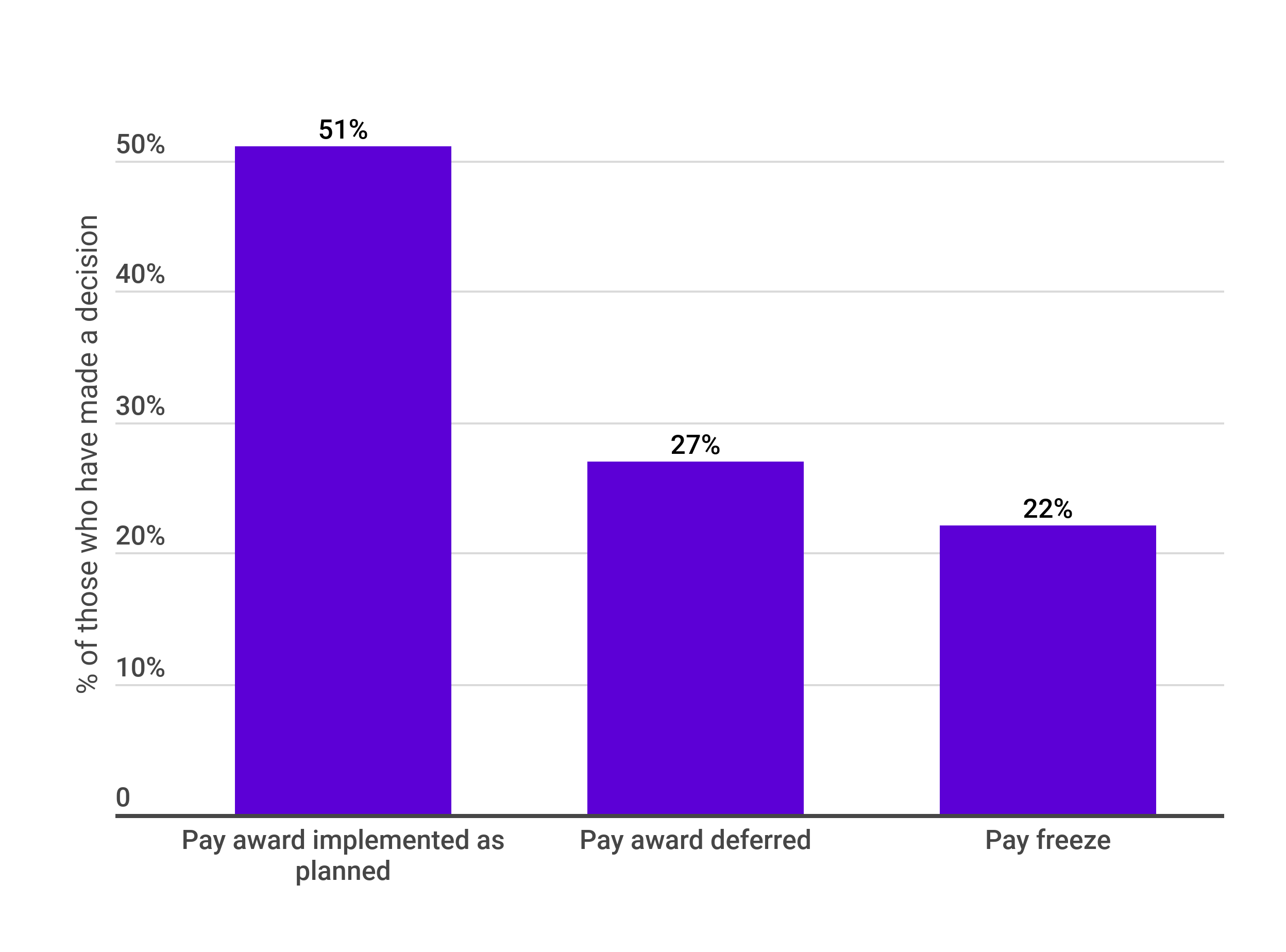 More than one million employees working for NHS England were awarded a 1.7 per cent pay rise on April 1 in the final year of a three-year pay restructuring deal, reported the pay monitoring organisation.

Ken Mulkearn, of Incomes Data Research, said: 'Most employers are making efforts to maintain the morale and motivation of staff in the face of the pandemic by sticking to their previous commitments on pay, but some firms are experiencing difficulties that are having knock-on effects on pay decisions. 'The majority of those employers honouring pay reviews are in the private sector, particularly engineering and financial services, as well as the energy and water sector.

'However, a number of organisations in the not-for-profit sector also intend to honour previous pay decisions, especially those organisations offering key support with care services or housing. Deferrals and freezes are spread across all economic sectors.'

Around six per cent of those surveyed said they have made additional payments to staff, including bonuses, mainly in food manufacturing, social care, utilities and local government.

Read article in the Mail Online