In this series exploring pay for jobs in demand we look at market data for delivery drivers, covering van drivers and couriers with a Category B license.

This is the national median, which excludes any additions to pay associated with London or other hot spots. However, the benchmarking tool is able to show variations in regional pay. For example, median salaries for each of Scotland, Wales and the East of England are broadly in line with the national average, while in London and surrounding areas employers generally pay an extra 50p an hour.

Capture data on salary levels and pay awards at the click of a button. 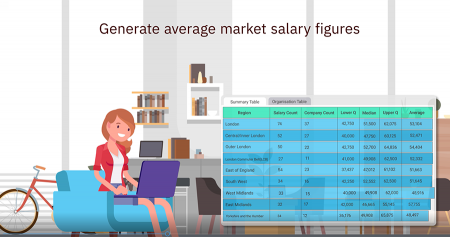