Both our UK and London Living Wage rates have risen, meaning a pay rise for hundreds of thousands of people.

The Living Wage campaign is an independent movement of businesses, organisations and people who believe a hard day’s work deserves a fair day’s pay. Employers choose to pay the real Living Wage on a voluntary basis - it provides an ethical benchmark for responsible pay. Recognised Service Providers work with the Living Wage Foundation to champion the Living Wage through their client contracts. The campaign for a Living Wage was launched by members of London Citizens in 2001. Cleaners and other outsourced workers in East London found that despite working two or more minimum wage jobs they were struggling to make ends meet, and were left with no time for community and family life. It is an example of how civil society, businesses and organisations can work together to tackle in-work poverty. It enjoys cross party support, with public backing from successive Metropolitan Mayors and MPs across the UK, including First Ministers in Wales and Scotland.

• The real Living Wage is independently calculated based on what employees and their families need to live. This is why it’s higher than the government minimum wage, rebranded as the ‘National Living Wage’.

• It applies to all workers over 18 - recognising that young people have the same living costs as everyone else. 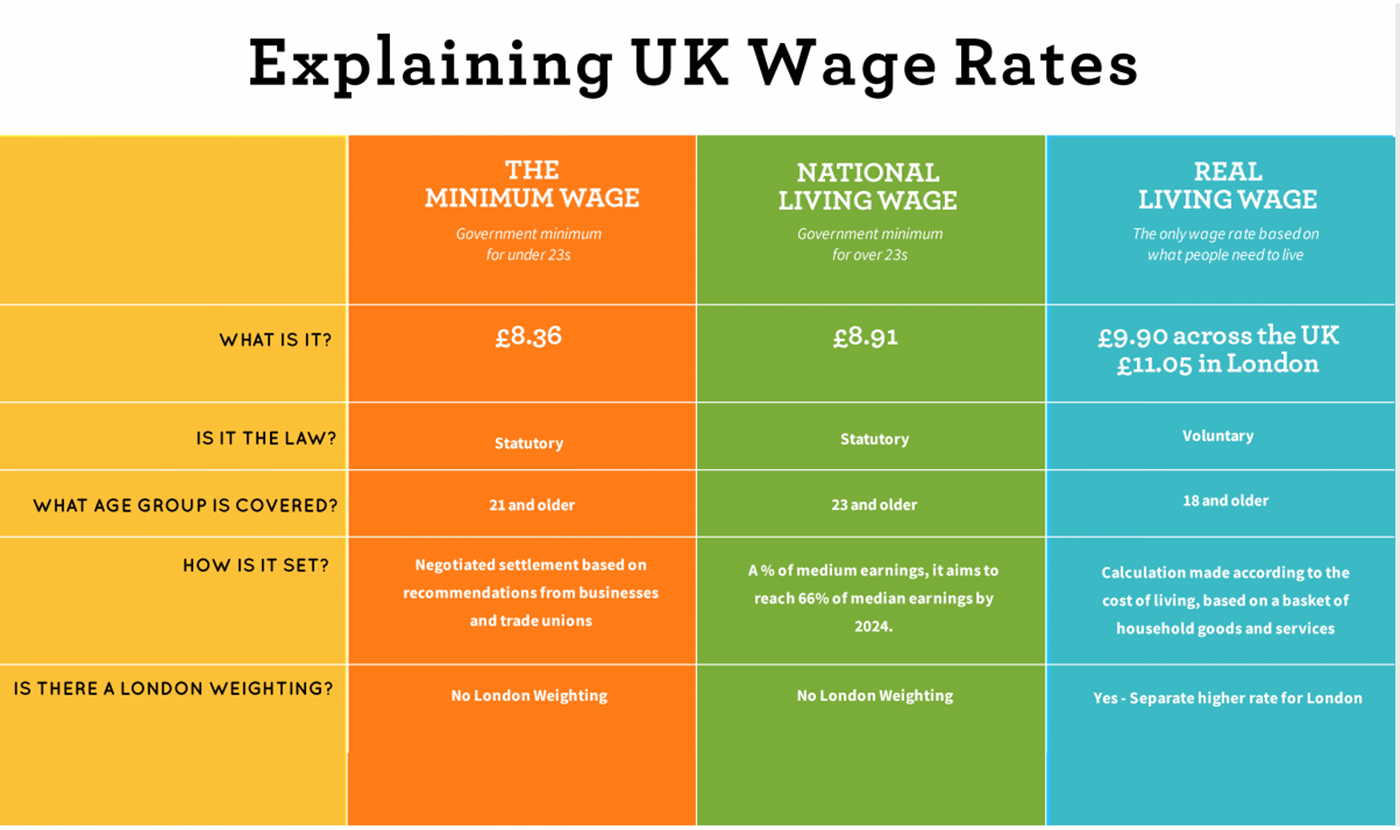 Back to IDR news